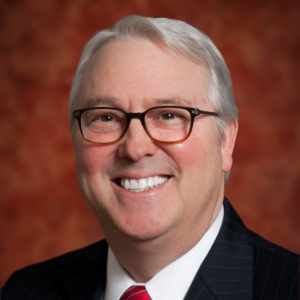 Dr. Randy Woodson, the 14th chancellor of NC State University, is a nationally recognized scholar and academic leader who oversees the largest university in North Carolina, with more than 34,000 students and an annual budget of $1.4 billion. Under his leadership, NC State has enhanced its reputation as a pre-eminent research institution and has undergone many transformative changes, including the opening of the James B. Hunt Jr. Library on Centennial Campus, the launch of the College of Sciences and the completion of the Lonnie Poole Golf Course.

Despite facing unprecedented financial challenges, NC State was able to make these advances thanks to Woodson’s strategic plan, “Pathway to the Future,” which has aligned the university for increased effectiveness, higher efficiency and — most importantly — greater student success. As the landscape of funding for public universities continues to change, NC State consistently ranks among the best values in higher education, according to Princeton Review, Kiplinger’s and U.S. News and World Report.

Chancellor Woodson has extensive experience as a member of university faculty and administration, and he has gained a reputation for building consensus throughout his 30-year career in higher education. He came to NC State from Purdue University, where he most recently served as executive vice president for academic affairs.

Woodson is an internationally renowned plant molecular biologist, specializing in reproductive processes in agricultural crops. He earned his undergraduate degree in horticulture from the University of Arkansas and his M.S. and Ph.D. degrees in plant physiology from Cornell University.