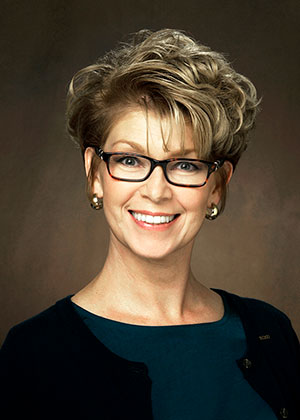 Jane Schuh, professor in microbiological sciences at NDSU, currently serves as Vice President for Research and Creative Activity. In addition, she runs an active research program in respiratory health and also serves as the director for the Cellular and Molecular Biology Interdisciplinary Graduate Program at NDSU. A researcher and instructor, Jane earned a BS in zoology and a PhD in cellular and molecular biology from North Dakota State University and served as a postdoctoral fellow in pathology at the University of Michigan Medical School.

Jane has extensive experience with economic development through her work with groups including the Barry Foundation, Emerging Prairie, and the Greater Fargo Moorhead EDC. In addition to serving on numerous boards and committees, she was the interim dean of the NDSU College of Business 2014-2016. In this role, she led strategic planning and accreditation for the college; grew the program’s faculty numbers and programming; and launched an Early Career Mentoring program with local business mentors. Previous to that, she served as assistant dean for academic programs for the College of Agriculture, Food Systems, and Natural Resources at NDSU from 2012-2015 and served as the Associate Director for Research in the Agricultural Experiment Station.

Jane’s research interests include immunology and allergic responses to mold. Her Immunology Laboratory is housed within the college of Agriculture, Food Systems, and Natural Resources at NDSU and has developed an animal model that closely mimics the human disease caused by the inhalation of Aspergillus fumigatus mold spores. These particular spores are responsible for a large number of human mold-induced diseases with severity ranging from simple respiratory allergies to deadly invasive diseases. The lab’s researchers have collaborated with the University of Utah and ARUP National Reference Laboratory on developing ultra-sensitive diagnostic test for diseases caused by A. fumigatus. Jane has been awarded or contributed to more than $14.5 million in research grants during her career.

Jane was named Vice President of Research and Creative Activity in 2018. A passionate advocate for both researchers and their research, she ensures the research faculty at NDSU have comprehensive support across a variety of services include grant submission and proposal development; integrity and compliance requirements; training, and industry relations. NDSU has consistently grown in research expenditures and most recently was ranked at 91 out of the top 400 domestic research institutions with $153 million in annual research expenditures.