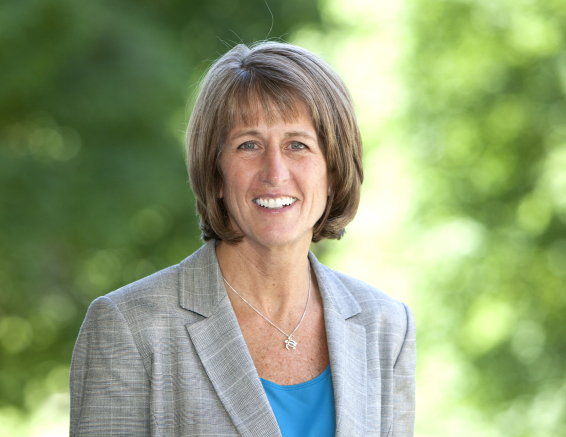 Noelle E. Cockett was appointed as Utah State University’s 16th president in October 2016, beginning her official tenure in January 2017.
At the time of the announcement, Cockett was serving as executive vice president and provost at USU and has held that position since 2013. Prior to that, she served USU as vice president for Extension from 2006 to 2013; dean of the College of Agriculture and Applied Sciences from 2002 to 2013; and director of the Utah Agriculture Experiment Station from 2009 to 2013.

Cockett has built a distinguished career in sheep genomics research, maintaining an active research program even while serving in various leadership positions at USU. Her research program has centered on the identification of genetic markers associated with economically important traits in sheep, as well as the development of resources that advance research on the sheep genome. Cockett and her colleagues published an article describing the sheep genome sequence in Science in 2014. Her current project focuses on the identification of genetic regions associated with entropion in newborn lambs. Cockett has served as the United States coordinator for sheep genome mapping since 1993 and is an active member of the International Sheep Genomics Consortium.

As an active researcher, Cockett has received many awards and accolades throughout her career including a Young Scientist Award from the Western Section of the American Society of Animal Science (ASAS), the Utah Governor’s Medal for Science and Technology (2004 and 2015) and one of USU’s top honors, the D. Wynne Thorne Research Award.

After receiving her master’s and doctorate in animal breeding and genetics from Oregon State University, Cockett spent five years as a research geneticist at the United States Department of Agriculture, Agriculture Research Service U.S. Meat Animal Research Center in Clay Center, Nebraska. She joined USU in 1990 as a researcher and assistant professor in the Department of Animal, Dairy and Veterinary Sciences in the College of Agriculture and Applied Sciences.

Cockett grew up on a beef cattle ranch in eastern Montana and is married to John Cockett, director of technology in USU’s Emma Eccles Jones College of Education and Human Services. Noelle and John have two children, Dylan and Chantelle.